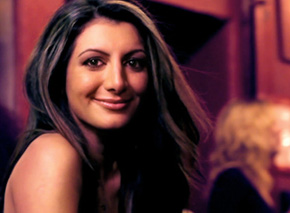 Writer-performer's solo show "Me, Myself & Iran" tapped by HBO

Born in Tehran and raised in Irvine, CA, Pedrad has written and performed sketch comedy with The Groundlings and Improv Olympic (now known as iO West), and received a "LA Weekly" “Best Comedic Performance of the Year” 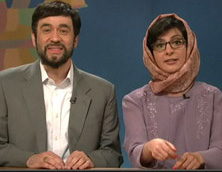 award for her lead role in the comedic spoof "After School Special."

Her first one-woman show "Me, Myself & Iran" was selected for the 2007 HBO Comedy Festival in Las Vegas and has been performed in Los Angeles and New York.

Pedrad has been a cast member of Upright Citizens Brigade in both LA and Manhattan. The company’s graduates include Amy Poehler, Fred Armisen and Horatio Sanz of SNL, Will Arnett of "Arrested Development" and Ed Helms of "The Office" and "The Hangover."