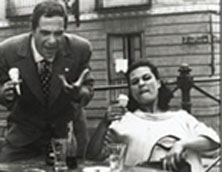 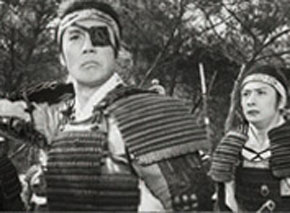 The Oscar-winning co-writer and director of "Sideways," Alexander Payne MFA '90, has always been forthright in expressing his gratitude to the educational institution that shaped his career. His most recent opportunity to do so came during a party in his honor as Guest Director at the 36th Telluride Film Festival, sponsored by TFT and hosted by the School's new dean, Teri Schwartz.

““Alexander is the consummate filmmaker, whose works delight, entertain, engage and transform all at once,” commented Dean Schwartz. “In that regard, he represents the highest ideals of humanistic storytelling that dovetails brilliantly with the School’s vision and mission.”

Telluride chooses a Guest Director each year "as a key collaborator in the Festival's programming decisions, bringing new ideas and overlooked films" to its patrons. The roster of past Guest Directors includes Salman Rushdie, Buck Henry, Laurie Anderson and Stephen Sondheim.

Eliciting strong performances has been a hallmark of Payne's work from the beginning. Payne gave an early boost to the careers of rising young actors Laura Dern ("Citizen Ruth") and Reese Witherspoon ("Election"), and has directed established stars such as Jack Nicholson ("About Schmidt") and Paul Giamatti ("Sideways") to career-topping achievements.

Payne has spoken movingly about the debt he feels toward the School’s legendary teacher Delia Salvi, who taught him to direct actors.

A lifelong film buff, Payne has famously declared, too, that he "learned how to make movies by watching old movies at the UCLA Film & Television Archive." And the spirit of the Archive's eclectic and lively programming seemed to animate his work at Telluride.

According to the IndieWire blog "Thompson in Hollywood," Payne's programming furnished several most memorable Festival moments:

[Payne's] program included one of the festival favorites, Leo McCarey's 1937 tearjerker "Make Way for Tomorrow," and the 12-minute Caroll Ballard 1969 short "The Perils of Priscilla," which Payne had seen as a UCLA student and wanted to see again. It's about a cat left behind. Payne contacted Ballard, who no longer had a print. So Payne posted a query on eBay and, some months ago, it turned up. Nobody else wanted it and he purchased a 16 mm print for six dollars. Audiences at Telluride adored it.

Payne's fervent program notes for the films he selected (reproduced at right in their entirety from the Festival's program guide) suggest a truly "film literate" person whose favorite movies are woven into the fabric of his life. He responds in direct and personal ways to films made decades ago on the other side of the globe – works that still seem "relevant" to the concerns that motivate him today.

“You have to admire this director for making entertainment with substance — but also for his passionate involvement with the history of film,” says Shannon Kelly, Head of Public Programs at the Archive. “The film artists of today are very much like those of yesteryear. They've got a tiger by the tail with this relatively young medium, and its seemingly endless possibilities of irony, surprise, insight and transformation.

“Talent is key,” Kelly continues, “but so is taking one's place inside a still-unfolding tradition. In his penetrating human portraits, Alexander Payne clearly demonstrates the importance and the rewards of immersing oneself in the treasure-trove of film culture.”