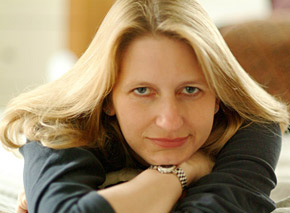 Neufeld describes her first teleplay, a White House drama, as "West Wing" meets "Brothers & Sisters." “I invented a political dynasty,” she says. “Forget the Kennedys, forget the Bushes. The Claytons will rule the world.”

The award will be presented during an event hosted by the Writers Guild of America, West, on September 22 in Los Angeles.