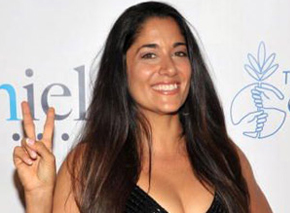 UPDATE: 08/24: The winners of the 2009 Imagen Awards were annouced on Saturday, August 22: “8 Ways to Say I Love My Life and Mean It!” was the victor in its category, Best Live Theatrical Production. The guest list at the star-studded event included Tom Cruise, Talisa Soto and Benjamin Bratt, Cote De Pablo, A. Martinez and “Dog Whisperer” Cesar Millan. Congratulations to our talented alumni!

August 03, 2009 — Producer Josefina Lopez MFA ’00, director Emmanuel Deleage ’97 and actress Yvonne Delarosa ’00 are celebrating the Imagen Award nomination of their play “8 Ways to Say I Love My Life and Mean It!”

The acclaimed anthology production, consisting of dramatic monologues based on the real-life experiences of American Latinas, originated in March at Casa 0101, the theater company founded by Lopez and Deleage in Boyle Heights, before moving to The New LATC in downtown Los Angeles.

The nomination for “8 Ways” is Casa 0101’s first recognition by the Encino-based Imagen Foundation, which honors positive portrayals of Latinos in the media, as well as the achievements of Latinos in the entertainment and communications industries. The monologues in “8 Ways” are excerpted from an upcoming book of autobiographical pieces by Hispanic women, including Lopez (“Real Women Have Curves”).

“How exciting! How wonderful that our production about celebrating the lives of Latinas and women is being celebrated with a nomination,” Lopez said.

Deleage, her business partner and husband, who directed six of the monologues, agreed. “It is fitting that for Casa 0101’s first Imagen nomination ’8 Ways…’ was selected; these eight profound stories, performed with reverence and passion inspired our audiences.”

Contributor Susan Orosco said the monologues are “a blessing to all women. They heal. Writing my story has helped me come to terms with my past,” she said. “And now the Imagen nomination is simply a blessing upon another blessing. It seems there is no end to the joy when you learn to forgive.”