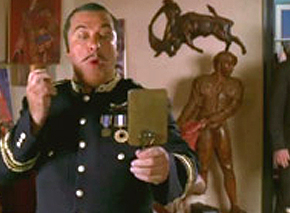 Somethin's Bruin at the Emmys

Alumni writers, actors, animators and directors honored at the 2009 Emmys

UPDATE 09/01/09: Margery Dean, a 1993 graduate of the UCLA Producers Program, was a producer on the Nickelodeon series “Back at the Barnyard,” named Outstanding Special Class Animated Program at the Creative Arts pre-event of the 36th Daytime Emmy Awards.

The Academy of Television Arts and Sciences has announced its nominations for the 61st annual Emmy Awards, a list led by a throng of talented UCLA alumni.

Todd Holland ’83 snagged a “Best Director” nomination for his work on the popular “30 Rock” episode “Generalissimo.”

Playwright Sheila Callaghan MFA ’97 has been working as a writer on another leading HBO nomination magnet, “United States of Tara.”

Screenwriter Andrew Goldberg MFA ’02 wrote a book about Fox’s nominee “Family Guy” and continues to add scripts to the show’s coffers. This year, the show became the first animated program to be nominated along with live-action shows in the “Best Comedy Series” category.

Both Jorma Taccone ’00 and John Solomon ’92, MFA ’06 are members of the nominated writing staff of “Saturday Night Live.”

Taccone was also noted in the “Best Lyrics” category for his contribution to the Andy Samberg/Justin Timberlake viral video hit for SNL, “Motherlover.”

Alumna Mariska Hargitay was nominated for the 6th time for her work on “Law & Order: Special Victims Unit” (she won the trophy in 2006).