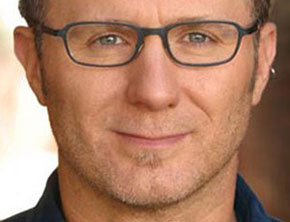 In our exclusive interview, the "30 Rock" Emmy nominee discusses work, success and the lingering limitations of being "out" in Hollywood 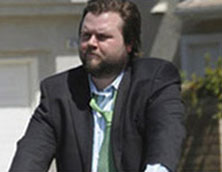 "Coming out was the single most important event in my life," writes alumnus Todd Holland '83, in a stirring essay published on the movie industry website, "The Wrap."

The essay, titled "The Gatekeepers at Hollywood’s Closet Door," is a personal reflection on the progress gay artists have made in Hollywood — and the progress that remains to be made.

One of the defining directors of such landmark TV shows as "The Larry Sanders Show" and "Malcolm in the Middle," and a multiple Emmy, CableAce, DGA and WGA award winner, Holland has been nominated for an Emmy again this year for directing the fan favorite “Generalissimo” episode of “30 Rock.”

In fact, the array of accolades Holland has accumulated is a testament to his range as a storyteller: Though his work is often typed as edgy and irreverent, his feature film “Firehouse Dog” won a family-friendly Kid’s First award in 2007.

In his own words

The story that the self-described “out gay director and producer” tells in his Wrap essay is his own, although it has wider implications.

A week before that piece was posted, Holland had appeared as “the least political person” on a discussion panel at Outfest 2009, LA’s gay and lesbian film festival, now in its 28th year. His comments on that occasion were, he felt, taken out of context by some bloggers, and he was determined to set the record straight.

The essay talks about coming out and “living authentically” in moving terms — but it also acknowledges that doing so may pose some unique challenges for a very select few. In Hollywood today, Holland writes, “no one cares” whether any given writer, director, craftsperson or even performer is gay. "… unless you’re in that fractional .002 percent of the young male actor population, and you really have the goods to become a true leading man. Then there may be obstacles to both living authentically and achieving that Holy Grail of dreams: real, tent-pole-sized Hollywood Stardom.

… Yes, it is neither activist nor idealistic — but it is the real world I work in every day."

How Holland got his start is the stuff that dreams are made of.

Early on, while studying film directing at UCLA, Holland determined his goal: “I'll leave with 10 minutes of film that I can put on anybody's desk and truly say: Take it or leave it. This is the best I can do."

“One of the most important things I learned was the power of your peer network,” he says. The peer who deserves the credit in this case is classmate Danelle Black. She had worked with him on his spookily funny, multi-award-winning student film, “Chicken Thing.” When she landed a job at Steven Spielberg’s Amblin Entertainment, Holland recalls, “My film was barely finished. Danelle took the only print of ‘Chicken Thing’ that existed and put it on top of the Amblin ‘to watch’ pile. Well, Steven suddenly walked into the office with nothing to do and sat down in the screening room next to his director of development who was supposed to be prescreening for him. He stayed. He saw it, loved it, and wanted to meet me. When his office called to set it up, I didn't believe it.”

Holland remembers the meeting with Spielberg as if it were yesterday: “I had to buy new clothes. New sweater, new shirt, just like a date. We had a lovely chat. Steven said, 'Do you write?' I said, ‘Yes, I do,' and handed him a half-hour script I’d written, a Halloween episode for ‘Amazing Stories.’ Unfortunately, they already had their Halloween show, so he asked if I had anything else. I said yes – I lied. But I raced home and in two days I wrote another episode, ‘Welcome to My Nightmare.’ Steven read it and liked it, and that became my first episode of network TV – my first professional gig ever.

“Seeing the sets being built at Universal for that first script, having an army of crew people making the film and having Bruce Broughton (“Silverado”) conducting the score for it with a full orchestra — it was magical. I was 26. I was still in school. I didn’t even have an agent. And suddenly everyone in town wanted to meet with me.”

Holland has gone from strength to strength as a TV auteur. In fall of 2009 a new series he is directing and executive-producing will debut on Fox: “Sons of Tucson” stars “Reaper’s” Tyler Labine as a down-and-outer hired by three brothers to stand in for their dad, a banker who's gone to jail for fraud.

Giving Back to UCLA

As an alumnus, Holland is happy to give back to the UCLA School of Theater, Film and Television, with both his financial resources and his time. He co-founded a scholarship in memory of Gerald Hughes, a film school friend who died. “I give back because Steven Spielberg gave to me,” he says. “I try to help young filmmakers who are talented. I'm not Spielberg, but I lend support where I can.”

Holland actually came out to Steven years later. "It was 2001 and my life was just really good, you know? So I wrote him a letter to thank him for all the support he'd given me when I was launching my career. I just felt a need to express my gratitude. And I told him that I'd married this wonderful man and that I was truly happy. He wrote me back — and he was just so kind. He said the most important thing is to find happiness outside a career. And that it had taken him 38 years to find that as well – but that it's never too late."

Holland advises film students to “listen to your inner voice. Screw everybody and all their pressures to be this or that. There are a lot of ways to derail yourself. Stop listening to outside voices. Trust the great creator within you. That's really all any of us have that makes us unique – that makes us artists."

But Holland is quick to point out that doesn't mean being a ranting diva. "Lots of Hollywood types seem to work at being the loudest person in the room. That's just not my style. I listen. And it really took me a while to see that as a strength in a business crowded with really strong personalities. But I know now, it's important to have the courage to listen to other opinions and ideas – and then still be able to find that inner voice of your own that tells you which way to go."

He also recommends that novices prepare well and, “come in the door as the thing you want to be – writer, director, producer. Decide. Do it. Make no excuses. Nobody wants to hear about your personal problems. Your work has to stand up without disclaimers or excuses. Also, don't direct a documentary in school and then tell Hollywood you want to direct drama – they don't have that kind of courage or vision. You have to do the heavy lifting for them – with your student film, show them how to sell you in the marketplace. That's how you'll get your first job."

The biggest lesson Holland has learned as a director, he says, “is to ask actors, ‘How can I help you?’ Each actor has a very personal point of view, so you need to understand how to speak in his or her language."

He illustrated the point with a vivid example: "An actress told me she related showing emotion in terms of color. So, I learned to say, 'I need three more points of blue, and take away some red.' It was a mind-bender, but it worked! And it meant the world to her that I cared enough to make the effort. She'd had a very long feature career – and yet I was the first director to ever ask her how I might communicate more effectively with her."

One last word of advice? Be grateful. "I sent handwritten notes to every member of the crew on that first 'Amazing Stories'. And I had this big burly construction foreman actually get all teary-eyed over it – no one had ever told him thank you. CUT TO: 22 years later. I sent thank you emails to my department heads after I wrapped my episode of '30 Rock'. Turns out not one director had ever said thank you. In three seasons! These are great jobs we have as directors. Be grateful. It lets the universe know that you're ready for more good things to happen."

Tell Me a Story

“It's also important to love and understand stories,” Holland says. “To know how everything contributes to the story. It's all about story. My passion for story is the only way I win over the writers with whom I collaborate. Sooner or later, they figure out it's not about ego or being right – I'm all about the story.”

There is a popular license plate holder seen around town: “I'd rather be directing.” When we asked what Holland might like his to read, he said: "I'd rather be storytelling.”