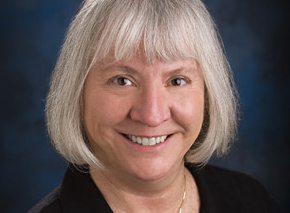 The Regents of the University of California have approved the appointment of Teri Schwartz as dean of the world famous UCLA School of Theater, Film and Television, effective July 1, 2009.

Schwartz will occupy the position being vacated by professor and film preservation pioneer Robert Rosen, the founding director of the UCLA Film & Television Archive who has served as dean of the School for the past 11 years. Rosen will continue his teaching and preservation activities.

"This is an extraordinary opportunity at a unique time in our history," said Schwartz, "I'm thrilled and honored to become the dean of a premiere school. I look forward to leading the effort and, with our community, creating a distinctive vision and long-range plan that will guide us into a very exciting and dynamic future together.”

“I want to thank members of the search/advisory committee for assembling an outstanding pool of candidates for this position and for their role in recruiting Teri,” said Scott L.Waugh, UCLA's executive vice chancellor and provost. “I am confident that the School of Theater, Film and Television will thrive under her capable leadership.”

“I also want to thank Dean Robert Rosen for 11 years of distinguished service as dean and for his numerous contributions to UCLA," continued Waugh.

A Los Angeles native, UCLA alumna and successful film producer, Teri Schwartz has served as professor and inaugural dean of the School of Film and Television at Loyola Marymount University (LMU) in Los Angeles since 2003. There, she has engaged the school community in creating a singular vision and long-range strategic plan for master visual storytelling grounded in humanism, innovation and diversity. In particular, groundbreaking strategic initiatives she created for diversity, humanistic storytelling, global industry connectivity and new equipment and technology were successful in drawing funding from — and forging new partnerships with — LMU leadership, private donors and industry.

Schwartz began her film career in the early 1970s, developing and producing successful feature films for many top actors, directors and writers. A few of her many film credits include the Golden Globe Best Picture nominee “Sister Act,” “Beaches,” “Nuts,” “Life With Mikey,” “Joe Versus the Volcano,” “When Billie Beat Bobby” and “Hope.” Her projects have garnered nominations in a variety of categories for Oscar, Emmy, Grammy, MTV and CLIO awards.

For many years prior to her appointment at LMU, Schwartz served as president and producer of her own film and television production company, Teri Schwartz Productions. In addition, from 1995 to 2000, she served as president, producer and partner of Cherry Alley Productions, creating and producing a variety of successful entertainment projects for film and in partnership with Academy Award winner Goldie Hawn.