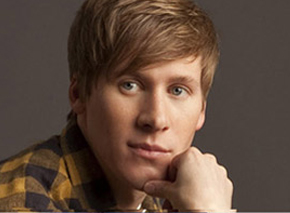 Many of the events of the School's annual Festival of New Creative Work, from the Animation Prom to the Screenwriters Showcase, include a salute to an honored guest. These guests, often selected from the School’s matchless pool of gifted alumni, are chosen by the students in each program as exemplifying both the highest standards of professionalism and the pursuit of a unique and often risky personal vision—the core values that have long defined the School’s educational philosophy.

At the Animation Prom event on June 6, the director who shaped the look and tone of the culture-shifting television series “The Simpsons” in its early days, David Silverman '79, MFA '83, was honored with the first-ever Outstanding Contribution to Animation award.

Celia Mercer, area head of the UCLA Animation Workshop, acknowledged that Silverman's efforts "have helped to shape the art of animation as we know it today." 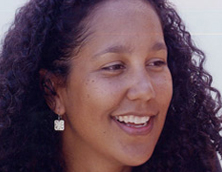 As a UCLA animation student Silverman made only two films before going to work professionally as a freelance illustrator and animator. His work in 1985 creating animated sequences for the live-action film “One Crazy Summer” led to a job in 1987 animating the short interludes for the “The Tracy Ullman Show” that were spun off as the stand-alone "Simpsons" series. Silverman went on to direct 22 “Simpsons” episodes, winning four Emmys. He later co-directed the feature films “The Road to El Dorado” and “Monsters, Inc,” and directed the "The Simpsons Movie."

During Directors Spotlight on June 11, writer-director Gina Prince-Bythewood '91, whose work includes the acclaimed "Love and Basketball" and "The Secret Life of Bees," was named Filmmaker of the Year.

A gifted movie maker in terms of image and performance, Prince-Bythewood has also been a pioneer in helping to demolish stereotypes with her work as a writer and director in television. She had worked as a writer after graduation from UCLA on programs such as "A Different World," "South Central" and "Sweet Justice," before making her directorial debut with the CBS Schoolbreak Special "What About Your Friends," which won an NAACP Image Award. She has also directed episodes of the hit comedies "Everybody Hates Chris" and "Girlfriends."

Dustin Lance Black '96, who received the Distinguished Achievement in Screenwriting award at the Screenwriters Showcase event on June 10, spent two years of his life researching his Oscar-winning script for "Milk" and writing it "on spec," without a contract or payment in advance.

It surely helped that Black’s earliest professional experiences after graduation had included writing and directing documentaries. The income from his day job as a staff writer on the HBO series "Big Love" also came in handy. But it was Black's determination to tell the story of martyred gay activist politician Harvey Milk, —whose example, he said, had literally saved his life— that drove him to complete his meticulously detailed screenplay.

Black's producers on "Milk," Dan Jinks and Bruce Cohen, who are not UCLA alums, were also honored during Festival, with the UCLA School of Theater Film and Television and Producers Guild of America Vision Award, conferred upon them during the Producers Markeplace event on June 8.

The Vision Award is given “to producers whose careers are distinguished by the highest standards and whose body of work exemplifies quality, persistence and integrity” – making it a perfect prize for TFT and the Festival of New Creative Work.