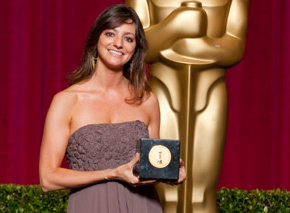 Baldwin’s story of “a voodoo doll who must find in his own nature the way to save a friend from being pinned to death” was a Director’s Spotlight winner at Festival 2009.

A record 559 entries, from students representing 103. colleges and universities, were in competition for the 2009 Student Academy Awards. In addition, a record 57 entries from 39 countries submitted in the Honorary Foreign Film award category.

While the U.S. winners knew they would each receive an award, the level of that award – Gold, Silver or Bronze – was not revealed until the ceremony.

The U.S. students first competed in one of three regional competitions. Each of those regions was permitted to send as many as three finalist films in each of the four award categories. Academy members then screened the films and voted to select the winners.