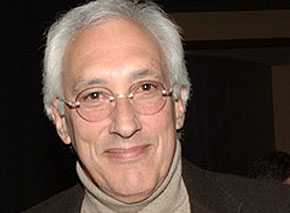 He is now widely regarded as one of the most innovative writer-producers in the history of American television, with several shelves loaded with Emmies for his work on groundbreaking series such as “Columbo,” “Hill Street Blues,” “LA Law,” “NYPD Blue,” “Murder One” and, currently, the TNT hit “Raising the Bar.”

But even TFT Executive Board Member Steven Bochco was once a struggling newcomer, looking for his first break.

Recently the showrunner’s showrunner spoke with writer Eric Estrin, of the online news blog “The Wrap,” about talking his way into his first job writing TV shows for Universal in the late 1960s:

"It was an incredible environment at Universal in those days. Virtually every top writer-producer in television was there, and so it was a tremendous opportunity to just hang around those people. Steve Cannell and I were very good pals for many years because we were both young writers there. Steven Spielberg and I were pals; he directed the very first "Columbo" that I ever wrote."

"I had great mentors over there. I not only had (“Columbo” creaters) (William) Levinson and (Richard) Link, I worked for Billy Sackheim (“Night Gallery”), who was just one of the really great writer-producers. So there was this remarkable environment where the older writer-producers really took care of us. And over time I got good at writing mysteries. It wasn't so much the mystery element as it was the intricacy of plot that really became interesting to me. And I owe so much to Levinson and Link for teaching me about that stuff."