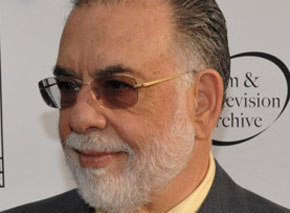 Posted on June 1st 2009 in Announcement

Alumnus Francis Ford Coppola MFA ’67 is “an exemplary UCLA filmmaker," says Robert Rosen, the outgoing dean of the School of Theater, Film and Television. “Even when he achieved his greatest commercial success with ‘The Godfather’ [1972] he did it with a core of independence, the passion of a personal filmmaker.”

Rosen made this large statement during a screening event in June, at the Billy Wilder Theater in Westwood, of “Tetro,” Coppola’s eagerly anticipated new film, his 29th since he made his debut in 1960.

View a slideshow of photos from the premiere

The screening was a benefit for the UCLA Film & Television Archive, and among the distinguished alumni in attendance was Charles Burnett ’69, MFA ’77, whose thesis film “Killer of Sheep” was restored by the Archive and finally released, to great acclaim. in 2007, almost 40 years after it was completed.

Burnett recalled that for students of his generation, attending the School in the late 1960s and early 1970s, Coppola was already a legendary figure, proof positive that it was “still possible to achieve commercial success in America without losing your soul.”

It’s an open question whether Coppola, today, would agree with Burnett’s assessment. He has said that his early career as an independent creator of American art movies such as “The Rain People” (1969) and “The Conversation” (1972) was derailed by the unexpected commercial success of “The Godfather;” and that only now, in his 60s, has he finally managed to steer it back on course as a personal filmmaker.

“Tetro” is very personal, indeed, a designedly operatic drama about a large and tumultuous family of artists not unlike his own, although its creator insists that very few of its specific incidents actually occurred.

The first original screenplay Coppola has written since the multi-Oscar-nominated “Conversation,” “Tetro” centers upon the relationship between the youngest members of a large clan of temperamental artists: Bennie (newcomer Alden Ehrenreich) and his admired older brother Tetro (Vincent Gallo), who broke with the family after his father (Klaus Maria Brandauer), a famous symphony conductor, took up with Tetro’s then girlfriend.

When he spoke a few days after the Film & Television Archive premiere with TFT’s Sheila Roberts, Coppola said flat out there is no longer any place for him in corporate Hollywood. He also revealed that among the touchstones of his stylistic approach in “Tetro” were the films of British filmmaker Michael Powell. It was a happy coincidence that Powell’s masterwork “The Red Shoes” was recently restored by the Archive. The film’s saturated Technicolor images received much acclaim after a screening this year at the Cannes Film Festival.

SHEILA ROBERTS: Do you have a younger brother or an older brother?

FRANCIS FORD COPPOLA: I have a brother who is five years older than me, and he was a wonderful older brother. He was very handsome and very good at school and very advanced, in that he was reading literature and seeing unusual films. I patterned myself on him as much as I could. He took me to the movies, and we went to see both things like “Abbott and Costello Meet Dracula” and Michael Powell’s “Tales of Hoffman.” As you can imagine, I'd never seen this type of thing. Whenever I think of my brother, some part of me thinks of “Tales of Hoffman.”

So when I wrote this script, my idea was, what if there was a brother like that who took his kid brother to see those beautiful Michael Powell films. And what if, when the kid brother found a manuscript telling the story of what happened to drive their family apart, he imagined it as a Michael Powell film, almost seeing it as if it were “The Red Shoes?” I love the implication that film doesn't have to be people just sitting around talking, although there is a lot of it in this film, but that you can try to use, as “Red Shoes” did, ballet as part of the story. That was fun to get to do the dance sequences.

SR: You've said you're not satisfied with the current state of Hollywood.

FFC: It’s a tricky situation. There are guys older than me who are still working: Clint Eastwood, Ridley Scott. These are some of our best filmmakers. But what could I do? If I wanted to be in the industry, now, what kind of movies would I make? They don't want to make the kind of movies I want to make. Even if they offered me “Batman Part 6" I don’t know that I would be a good choice for it. But since I'm not trying to have a career and not trying to make a fortune or be famous, what I have now is good: I'm independently wealthy and I use my money to make little personal films.

Am I now perhaps a has-been? For sure, and what I was, was very exciting at the time. But I don't want that anymore. I'd like to make films that I'm in love with and I don't care if I don't get paid or if they don't make money. What I say now is that I've started a second career. Part of what that means is, for example, that I financed ‘Tetro,’ and since I put up the money and I don't get paid, I figure I'm allowed to do anything I want.

SR: But when you're writing something like this, is there anxiety about making it too indulgent in terms of what you want to show an audience?

FFC: What does that mean? Is self-indulgent different from heartfelt? Maybe self-indulgent is when you're imposing on the audience? Like, if I’m cooking you dinner and I gave you lots of stuff I knew you don't like, because I like it? But maybe even that can be good, in a way. I know that if I invite 30 people to lunch, a lot of them would probably prefer that I just order in Kentucky Fried Chicken. Instead, I'm going to try to make some real interesting regional dishes that you've never tried before.

The real happiness in life is to learn something and, as I get older, that's what I really look for. Nothing makes you learn more than when you work on a film about something that you're interested in because, in order to make it, you have to do research, you have to study it, you have to spend a whole year just thinking about that.

FFC: I really feel I have a clean sheet of paper in front of me and I can write something new that's the kind of movie I've always wanted to make. It's a great privilege to know that whatever it is, I can finance it and make it. When you make a lower budget film, not only do you have the benefit that the lower the budget the more ambitious or interesting the ideas can be, but you’re free to do what you want. You can also cast someone like my leading man Alden Ehrenreich, who’s not so well-known but might be perfect for the part. 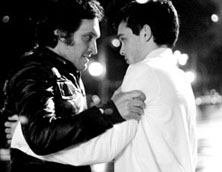 Most of the techniques we use in films were invented in the 1920's when movies could be pioneers in Germany and Berlin or Eisenstein or the great American silent artists. Then, all of a sudden when it becomes really a business, you're not allowed to do anything. You can't make it in black and white, it can't be subtitled, it can't be a drama anymore, it can't be intellectual, it can't be pretentious.

But there are probably other things that cinema can do that we can only know about if we can take a chance and not have some guy say, "You can't do that. We're not going to finance that kind of a movie.”

“What I was, was very exciting at the time. But I don’t want that anymore. I’d like to make films that I’m in love with, and I don’t care if I don’t get paid or if they don’t make money.” — Francis Ford Coppola