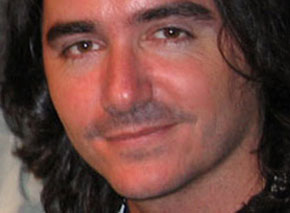 Alumnus and Executive Board Member Brad Silberling MFA ’87 is a director of unusual versatility. His work ranges from the large-scale commercial special effects fantasy “Lemony Snicket’s A Series of Unfortunate Events” (2004) to the intimate comedy “10 Items or Less” (2006). That unique mix of skills has enabled him to seamlessly combine time-traveling prehistoric thrills with low-down male bonding humor in “Land of the Lost,” a big screen adaptation of the lovably tacky Sid and Marty Krofft TV series of the 1970s. Dueling motor-mouths Will Ferrell and Danny McBride are joined by British comedienne Anna Friel and TFT alum and SNL comedy writer Jorma Taccone (as a lecherous caveman) in a movie that delivers dino-sized spectacle while remaining light on its feet — no small accomplishment.

Sheila Roberts talked with Silberling during a recent press event in Los Angeles.

SHEILA ROBERTS: Is special effects technology getting easier to work with? You made “Casper” in 1995 and at the time it was pretty trailblazing for the amount of effects it had.

BRAD SILBERLING: I would say it's a little bit of a fallacy that the tools have gotten that much more nimble. “Casper” was late enough in the game that it was already a little more untethered. What has improved vastly is the number of talented CG animators. I did “Casper” at ILM, as good as you can get, and there were not enough CG animators to fill the room. They were hiring kids right out of school. That, to me, is the leap from 1995. There's a vast new generation of kids now who have been trained to do just this job.

SR: Obviously kids are going to want to see “Land of the Lost” because of the prehistoric creatures, but you also have a couple of other creatures, Will Ferrell and Danny McBride, who are known for raunchy humor. What age are you aiming for in an audience? 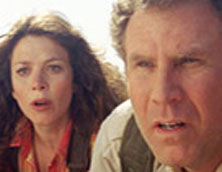 BS: Innuendo seems to fly over kids' heads. I worry more about kids getting traumatized, because one of the things we were excited about was really committing to the photo-realism of these dinosaurs and the action. We set out to make a PG-13 movie and it is decidedly PG-13. So one of the things we started talking about with the studio was just not going off and selling it on the Cartoon Network or Nickelodeon.

SR: Because your reputation is not as a comedy guy, did you have to prove yourself to an extra degree to get this job?

BS: Comedy is always built in somewhere in what I do, but it's not usually overt or broad comedy. I did a very small, intimate film that was a comedic drama, “10 Items or Less.” I would say, for the most part, domestic broad comedies have just not been of interest to me. They're not cinematic enough. That's why this film is probably the closest you'll see me get to that.

SR: You've mentioned that you were creeped out as a kid by the character of Chaka, the caveman in “Land of the Lost,” who is played in the film by another UCLA alumnus, Jorma Taccone. Did you put the bit in with Will wanting to eat him?

SR: When you're doing a film that's this big and costs this much money, with this many extras, how much ad libbing can you really allow?

BS: What's interesting is if you plan properly, the best money is spent giving the actors room. That's my philosophy, and I have enough experience with effects at this point that I can give them greater freedom. It's also why we built sets on the scale that we did, because I didn't want those guys to be afraid to bounce off of something. I look at actors doing 100% blue screen or green screen work and they always look constipated, because they're afraid to embarrass themselves. They don't know where to look.

SR: Tell us about your future project “The Lost Boys of the Sudan.”

BS: “The Lost Boys of the Sudan” is a film that we hope some day to get made. It's been with me about six or seven years, a narrative drama based on the actual story of a group of Sudanese refugees, orphaned between the ages of five and 11. These kids had to survive on their own for an extraordinary journey and many of whom have come to the United States to create lives as American citizens, which is sort of surreal. So it's a great story. But in this economy and in the world of cinema today, it's a very challenging thing to get done well and to get done right. So we'll see what happens.