The Global Community of Film Preservation

Home > About > Global Diversity > The Global Community of Film Preservation 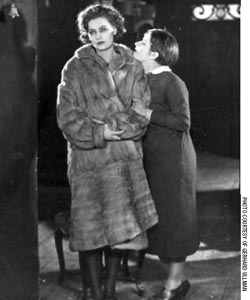 If you had gone to the movies exactly 100 years ago in one of the many nickelodeons that crowded Main and Hill streets in downtown Los Angeles, there is a better than 60 percent chance that the films you saw would have come from France. The giant Gaumont and Pathé companies, in particular, made that country the largest film producer in the world at that time. Hollywood was still no more than a glint in the eye of William Selig, the East Coast producer who set up shop in Los Angeles in 1907. By the 1920s, the tables had turned, with American movies dominating screens in France. Distribution had become a truly international affair. By the beginning of the new millennium, moving image production had gone multinational, with some of Hollywood’s biggest blockbusters being produced in Berlin (“The Bourne Identity”), Prague (“Mission: Impossible”) and Rome (“Gangs of New York”).

As a film historian, film archivist and professor of film studies, I have long been fascinated by the myriad ways in which our sense of moving-image history has evolved from one generation to the next. A complex set of forces — including daily film criticism, film historical texts, local censorship, international festivals, technological advancements and archival collection policies — has influenced the ever-changing narrative of movie history. While nationalist trends have at various times held sway, the overall project has been international in scope: Anglo-American film studies has benefited from French structuralism, Austro-German psychology, Latin-American Third World politics and Japanese technology.

The degree to which film archives, too, have impacted the construction of film history was first demonstrated to me when I attended the now legendary conference of FIAF (the International Federation of Film Archives) at Brighton, England, in 1978. That conference not only brought together an international array of film archivists, it was also responsible for establishing a whole new field of film history, what we now call “early cinema” studies. At the time, most historians considered films made before the establishment of “classical Hollywood narrative” in the period from 1914 to 1917 to be primitive and therefore not worthy of scholarly attention. At Brighton, scholars and archivists screened and were dazzled by several hundred films made between 1900 and 1905. Film history has never been the same.

FIAF was founded in 1938 by film archives in Paris, London, New York and Berlin, and it has now grown to include 120 member institutions worldwide. The organization sets standards for such diverse archival activities as cataloguing, preservation and screening of films and television programs.

Film preservation has from its very beginnings been an international undertaking, with the UCLA Film & Television Archive now in the forefront. The work of moving image preservation at UCLA could not be accomplished without the cooperation of our many FIAF partners. For one thing, countless American films have survived only in foreign countries. Restoration work depends on first finding lost prints among collectors, international archives and film production companies; comparing surviving material shot by shot; then reconstructing sound and image with technical skill and sensitivity to film historical precedent.

Making film history accessible to a broad audience is just as important as preservation. Through UCLA’s partnership with FIAF, the Archive’s beautiful and convenient new Billy Wilder Theater, at the Hammer Museum in the heart of Westwood, is able to expose a larger audience to works from around the globe. UCLA’s programming staff has presented retrospectives from the farthest reaches of the planet, from our erstwhile allies in France, Britain and Germany to our nominal enemies in Iran and Cuba. Film archivists are proud of the fact that even during the darkest days of the Cold War and the present Iraq conflict, they have continued to work together and cooperate despite the bellicose rumblings of their respective governments.

Internationalism also characterizes the Moving Image Archive Studies (MIAS) program at TFT. Indeed, as the first graduate-level program in the U.S. to train professional moving-image archivists, it has always encouraged foreign students to attend. Given the convergence of all moving-image media in the digital world of cyberspace, the UCLA Film & Television Archive and the MIAS program are truly prepared for a world without borders.