Home > About > Executive Board > Paula Wagner 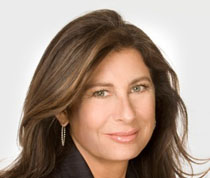 Paula Wagner has worked in the top ranks of the entertainment industry as a talent agent, film producer and studio executive. Currently, she is developing films, theater and television through her production company Chestnut Ridge Productions (CRP).

Wagner began her career at Creative Artists Agency as an agent where she spent 13 years representing some of the top talent in the business. In 1993, she launched Cruise/Wagner Productions (C/W) with her former CAA client Tom Cruise. For the next 13 years, she and Cruise produced a wide range of pictures that earned numerous awards, widespread critical praise and global box office success. The first film released under the C/W banner was the international hit Mission: Impossible, the success of which brought the company the 1997 Nova Award for Most Promising Producers in Theatrical Motion Pictures.

C/W went on to guide such critically acclaimed films such as The Others, The Last Samurai, Vanilla Sky, Without Limits, Shattered Glass and Narc. Wagner was also the executive producer of Steven Spielberg’s War of the Worlds. C/W shaped the first three films in the Mission: Impossible franchise.

In addition to film, Wagner has produced such Broadway productions as The Heiress, Grace and Terrence McNally’s Mothers and Sons. For television, she was an executive producer of the critically acclaimed and award-winning Lifetime original movie FIVE. She also helmed the Producers Guild Awards show in 2011 and 2012.

Wagner serves on the boards of the Board of the National Film Preservation Foundation through the Library of Congress, Film Forum and Carnegie Mellon University, where she received her degree and is an adjunct faculty member in the MEIM program through the Heinz School of Public Policy. She is a member of the American Cinematheque's Board of Directors.

In 2012, The Deauville American Film Festival honored Wagner with the Excellence in Producing Award. She was also honored by Premiere magazine with the Women in Hollywood Icon Award in 2001. The following year she was featured in Bravo's Women on Top, a documentary which profiled exceptional women in entertainment. In 2004, she and Cruise were honored by Daily Variety as “Billion-Dollar Producers.” That same year, Wagner and Cruise received the UCLA/Producers Guild of America Vision Award. In 2006, she received the Sherry Lansing Leadership award from the Big Brothers and Big Sisters Organization. In 2008, Wagner was honored by the Costume Designers Guild with its Swarovski President's Award; in 2011, she earned the Chicago Film Festival’s Renaissance Award.