Home > About > Executive Board > Jonathan Zakin 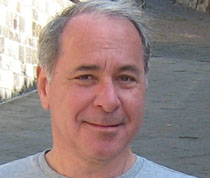 Jonathan Zakin is the owner of Leeward Productions, LLC, which is developing three film properties, and is a partner in Deutsch-Zakin Media, LLC (DZM), owners of the non-book rights to the popular Encyclopedia Brown children’s book series. DZM is currently developing the Encyclopedia Brown franchise into a major live-action film, a series of graphic novels, an electronic game and educational software. Zakin also owns Seaview Holdings, LLC, an investment entity that actively invests in early-stage companies.

He previously served as Proxim Corp.’s chief executive officer and Board of Directors chairman. Proxim was created by the merger of Western Multiplex and Proxim Inc. Zakin, who had been an industrial partner with Ripplewood Holdings LLC, bought Western Multiplex as a platform to roll up assets in the wireless infrastructure space. After arranging the Proxim merger and becoming CEO of the combined company, he acquired the wireless assets from Agere (formerly Lucent). He left Proxim in May 2003, when Warburg Pincus, who financed the Agere purchase, brought in their own CEO. During his tenure the company grew from approximately $50 million to about $170 million in a very difficult communications market.

Zakin previously spent 10 years with U.S. Robotics, Inc., a leader in data communications equipment in various management positions including executive vice president of business development and corporate strategy involved in acquisitions (Palm, Megahertz, Scorpio) and strategic relationships; executive vice president of sales and marketing; and vice president of sales. He was a Board of Directors member for nine years. Zakin joined the company when revenue was $18 million with 150 employees and remained until it was sold and its run rate was approximately $3 billion with 6,000 employees. He was instrumental in engineering the sale of USR to 3Com for more than $8 billion, which at the time was the largest sale in the history of the data communications industry.

Prior to USR, Zakin held various executive and management positions, both domestically and internationally, with Winterhalter, Inc.; Belgium’s Cosma International; London’s Brisk and Kindle; and J. Henry Schroder Corp., where he worked in the project finance group.