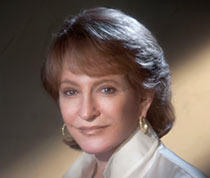 Cecilia deMille Presley is a general partner at Motion Picture Associates, LLC, and a trustee at the Cecil B. De Mille Foundation. She also produces documentaries and has been a leading activist for film preservation.

Presley’s other interests include the welfare of children and animals; she has also been involved with the World Society for the Protection of Animals.

She attended the University of Southern California.