Home > About > Executive Board > Gore Verbinski 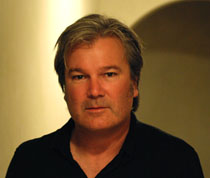 Verbinski’s next directorial project, A Cure for Wellness, a thriller produced by New Regency, will be released in 2017.

Verbinski is also an award-winning commercial director. He has been honored with four Clio Awards and a Cannes Silver Lion Award for his work on an assortment of memorable advertising spots such as Nike’s “100 Foot Hoop” featuring Michael Jordan, and the first of the popular Budweiser “Frog” spots. In addition, Verbinski directed music videos for artists such as Bad Religion and Crystal Method.

A graduate of the UCLA School of Theater, Film and Television, Verbinski resides in Los Angeles with his family where he runs his production company, Blind Wink.