Home > About > Executive Board > Deborah Widener 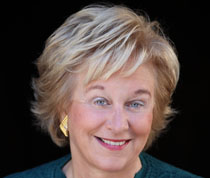 Deborah Widener has more than 20 years experience as a senior executive and decision maker in the financial services sector. As a managing director at several investment banks, she raised significant amounts of money for corporate clients both publicly and privately in the U.S. market as well as in Europe and Asia. In addition to raising capital, Widener bolstered firm income in weak public markets by developing strong, very profitable merger and acquisition businesses. Over the course of her career, she generated several billion dollars in engagement letters.

Widener was also a vice president at General Electric Capital, where she was responsible for all New York leverage buyout activities as well as the oversight of a billion dollar investment portfolio. In addition, as president of GECC Capital Markets, she managed all SEC regulated activities as well as having company-wide responsibility for liquidating, without a loss, several hundred million dollars in problem accounts or bankruptcies.

Over the course of her career, the majority of Widener’s clients were in the consumer, entertainment and retail industries. While she was at Robertson Stephens & Co., she strategically helped position and enthusiastically supported its landmark research report on “Socially Responsible Investing.” This was the first time Wall Street seriously acknowledged and published on “green investing.”

Widener attended the University of Michigan and Nuffield College — Oxford University and received her M.B.A. from Harvard Business School. She served on the University of Michigan Alumni Board for the College of Engineering and the College Literature, Science & Arts, and its Life Science Institute Leadership Council. She was also on the Harvard Business School Alumni Board of Northern California. She currently is the Chair of Trillium Asset Management LLC.

Widener’s practical experience and sophisticated theoretical understanding of financial markets led to her appointment to the 1987 Presidential Task Force on Market Mechanisms (The Brady Commission) that analyzed the 1987 stock market crash. Her interest in politics resulted in her appointment as a member of The Great Britain Parliamentary Commission on EEC Membership where she researched the White Paper on The Effects of Entry on New Zealand Agriculture.