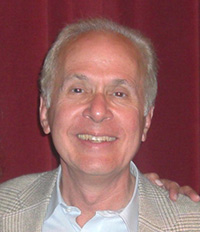 He is a past president of the Los Angeles Film Critics Association and one of the country’s leading film critics and historians. He is currently a film critic for The Hollywood Reporter. Farber has also written reviews and articles on film for The New York Times, the Los Angeles Times, The Daily Beast, Movieline’s Hollywood Life, Esquire, New York, New West, Harper's Bazaar, Premiere, Film Comment, and other national publications.

Presented in partnership with Landmark Theatres, Farber is the host and producer of Reel Talk, a popular film series that features screenings and discussions of new movies, with their directors or stars in attendance. Farber previously taught a similar “Sneak Preview” class for UCLA Extension. He has also lectured on film at several other American universities, at the J. Paul Getty Museum and the Skirball Cultural Center in Los Angeles, at the Swedish Film Institute in Stockholm, the Norwegian Broadcasting Corporation in Oslo, and throughout Australia and New Zealand in a program sponsored by the Australian Film and Television School and the New Zealand Film Commission.