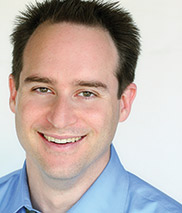 Brian Kite, former producing artistic director of the La Mirada Theatre for the Performing Arts, has been named chair of the Department of Theater.

Kite has taught at UCLA TFT for the past 10 years and was at La Mirada from 2008-2015. While at La Mirada, Kite directed numerous acclaimed productions including Billy Elliot, Les Misérables, Miss Saigon, Little Shop of Horrors, Dinner With Friends, Steel Magnolias, Driving Miss Daisy and Proof. Kite has directed live theater across the United States and abroad. He directed the national tours of In the Heat of the Night and The Graduate for L.A. Theatre Works; staged the first production of Miss Saigon to ever play in China; and directed Top Secret: The Battle for the Pentagon Papers, which toured throughout Mainland China. The production was the first U.S. production of a play at Beijing's National Center for the Performing Arts (NCPA). He also helmed a production of Cabaret in Bermuda and directed Tennessee Williams' The Glass Menagerie at Actors Co-op Theatre Company in Hollywood. For more than seven years, Kite was the director of theater programs at New York's French Woods Festival, directing more than 20 productions during his tenure there. His upcoming projects include a new production of Rent and an intimate staging of Green Day's American Idiot.

Kite is the chair the Los Angeles Stage Alliance's board of governors and is the artistic director of the award-winning Buffalo Nights Theatre Company. He is the recipient of the 2013 Los Angeles Ovation Award for Best Direction of a Musical for his production of Spring Awakening.

Kite received his B.A. and his M.F.A. from the UCLA School of Theater, Film and Television.

"I am delighted to welcome Brian Kite as professor and new chair of our Department of Theater," states Dean Teri Schwartz. "Brian brings an outstanding history of great teaching, mentoring, distinguished creative work and robust artistic direction and management, especially with the resounding successes of the multi-award winning La Mirada Theatre Company. We feel confident that Brian will prove to be a great leader for our Department of Theater and will work tirelessly and with great imagination to help bring this jewel in the crown of the UCLA School of Theater, Film and Television to new levels of excellence for now and the future throughout the theater communities, locally, nationally and internationally."

Dominic Anthony Taylor joins the Department of Theater as a professor. Previously an associate professor at the University of Minnesota, Twin Cities, Taylor is a scholar of African-American theater and a writer-director whose work has been seen across the country. The former associate artistic director of Penumbra Theatre Company in St. Paul, Minn., one of the premiere African-American theaters in the country, he has also been a commissioned writer for The Goodman Theatre, Steppenwolf Theatre, Ensemble Studio Theatre and New York Theatre Workshop. His play, I Wish You Love, premiered at Penumbra Theatre, and was produced at both The Kennedy Center and at Hartford Stage in 2012. His play Hype Hero was developed at the Eugene O'Neill Theatre Center in Waterford, Conn., and was produced at Brown University in 2014. His written work includes Wedding Dance and Personal History, both produced at the Kennedy Center by the African Continuum Theatre. He is a member of Stage Directors and Choreographers, a board member of the Givens Foundation for African American Literature and an associate artistic director of America-in-Play. Taylor received his B.A. and M.F.A. from Brown University.

Two new professors join the Department of Film, Television and Digital Media. Documentarian Kristy Guevara-Flanagan hails from Diablo Valley College in Pleasant Hill, Calif. Her first feature-length film, Going on 13, was an acclaimed documentary covering four years in the lives of four adolescent girls. It was an official selection at numerous film festivals including Tribeca and American Film Institute's Silverdocs. It received funding from ITVS and was broadcast on public television in 2009. Guevara-Flanagan has also produced and directed several short films, including El Corrido de Cecilia Rios, winner of the Golden Gate Award for Best Bay Area Short Documentary at the San Francisco International Film Festival. It was an official selection of the Sundance Film Festival and subsequently broadcast on the Sundance Channel. Her most recent feature, Wonder Women! The Untold Story of American Superheroines, traces the evolution and legacy of the comic book hero Wonder Woman as a way to reflect on society's anxieties about women's liberation. The film garnered numerous awards, premiered at the South by Southwest Film Festival in 2012 and was broadcast on the PBS series Independent Lens in 2013. Guevara-Flanagan received her M.F.A. in cinema from San Francisco State University.

Assistant Professor Ellen C. Scott specializes in media history, African American cultural history, film and media theory, American film history, sound theory, the history of censorship and cultural studies. She was previously assistant professor of media history at CUNY-Queens College in Flushing, New York. From 2007-2009, Scott was a postdoctoral fellow at the University of Pennsylvania's Program in Cinema Studies, School of Arts and Sciences. Her most recent publication is Cinema Civil Rights: Race, Repression and Regulation in Classical Hollywood Cinema (2015, Rutgers University Press). She is currently working on two projects, one examining the history of slavery on the American screen and another on the history of Classical Hollywood-era black women film critics. She is the recipient of a number of awards and fellowships, including the Mellon Mays Undergraduate Fellowship, the Ford Foundation Fellowship, the Mellon Post-Doctoral Teaching Fellowship and the Mellon Career Enhancement Fellowship. Scott received her Ph.D. in 2007 from the University of Michigan's Program in American Culture and her M.A. from the same program in 2001. She received her B.A. from the University of Pennsylvania's Annenberg School of Communications in 2000.