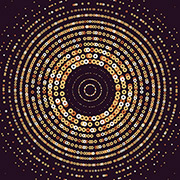 Two UCLA TFT alumni and a Department of Theater faculty member were named winners during the 2015 LA Stage Alliance Ovation Awards ceremony that took place on Monday, Nov. 9 at the Ahmanson Theatre in Downtown Los Angeles.

KATIE BOECK (B.A. ’10) earned an Ovation Award in the category of Acting Ensemble of a Musical as part of the cast of Spring Awakening. Lecturer DREW DALZELL received a Sound Design (Large Theater) Ovation Award, shared with Noelle Hoffman, for his work on Wicked Lit 2014. Additionally, MAT SWEENEY (B.A. ’05) received a 2015 Ovation Honor: Composition for a Play, for The Temptation of St. Antony, shared with Ellen Warkentine. Sweeney, the artistic director of Four Larks Theatre, was also nominated in the categories of Best Direction of a Play and Choreography, both for Four Lark Theatre's production of The Temptation of St. Antony.

When the 2015 LA Stage Alliance Ovation Awards nominations were announced on Thursday, Sept. 24, UCLA TFT's Department of Theater was out in force. Including Boeck, Dalzell and Sweeney, a total of eight faculty members, one of whom is also a UCLA TFT alumnus, and 11 other alumni were recognized for their contributions to regional theater in the Greater Los Angeles area during the 2014-15 theater season with a total of 21 nominations.

Prior to BRIAN KITE’s (B.A. ’91, M.F.A. ’04) recent announcement as the Department of Theater Chair, he was the former artistic director of the La Mirada Theatre for the Performing Arts. La Mirada received 10 nominations including Best Season and Best Production of a Musical (Large Theatre) for Carrie: The Musical.

Lecturer MARY JO DUPREY and Visiting Associate Professor ELLEN GEER were nominated for Best Direction of a Play and Lead Actress in a Play, respectively, for their work in August: Osage County, which received total of four nominations, including Best Production of a Play (Large Theatre).

JARED STEIN (M.F.A. '01, Theater) was nominated for Best Musical Direction for Spring Awakening, one of the 16 nominations the musical received.