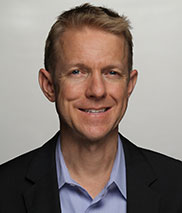 Teri Schwartz, dean of the UCLA School of Theater, Film and Television, announced on Friday, May 29, that Lionsgate Television Group Chairman Kevin Beggs has been named the 2015 commencement speaker.  Dean Schwartz will preside over the event to be held on Friday, June 12 from 2:00 p.m. to 4:00 p.m. at UCLA's Royce Hall.

Mr.Beggs is Chairman of the Lionsgate Television Group, a leading supplier of premium scripted programming to broadcast, cable and digital platforms with more than 30 television series spanning over 20 different networks. A member of the Lionsgate senior management team, he has spearheaded the evolution of a television business led by influential series including the multiple Emmy Award-winning drama Mad Men, the award-winning series Nurse Jackie, the smash comedy Weeds, the critically-acclaimed worldwide hit Orange is the New Black, the broadcast network series Nashville, the syndication success The Wendy Williams Show and the recent breakout series The Royals. During his 17-year tenure, Lionsgate's Television Group has grown from $8 million to nearly $600 million in revenue and is widely recognized as an industry innovator.

"We are honored to have such an accomplished commencement speaker for this year's ceremony," says Schwartz.  "Kevin is a visionary leader who has led Lionsgate's television business to the forefront of industry change, supplying ground-breaking storytelling to new, emerging and traditional platforms alike.  Kevin's career will be an inspiration to our students as they begin their own journeys as storytellers and scholars in a fast-changing entertainment and performing arts environment."

Daytime Emmy Award-winning director and producer Donna Deitch, whose landmark 1985 lesbian love story Desert Hearts was a hit at the Berlin, Sundance, Telluride and Toronto film festivals, has been named the Distinguished Alumna in Film, Television and Digital Media, and Tony Award nominee Sarahbeth Grossman, co-producer of the 2015 Tony Award Best Musical nominee An American in Paris, is the recipient of the Distinguished Alumna Award in Theater.

"Each year at commencement we honor our remarkable alumni who have gone on to accomplish great work in their respective fields," says Schwartz.  "We choose to honor those whose lives have been exemplary not only for their award-winning work, but also for their generous commitment to making the world a better place through their service and other notable activities over the course of their careers.  In Donna Deitch and Sarahbeth Grossman, we have two extraordinary alumnae who have done just that, and more. It is a privilege to honor them with 2015 Distinguished Alumnae Awards for their outstanding artistry and service in Film/Television/Digital Media and Theater, respectively."

Donna Deitch received her M.F.A. in theater arts with a concentration in film from the UCLA College of Fine Arts in 1976. (The film concentration is now within the UCLA School of Theater, Film and Television.) She is a director and producer with more than 25 years of experience in the entertainment industry. Her other credits include the Emmy-nominated ABC miniseries The Women of Brewster Place, HBO's Prison Stories: Women on the Inside; ABC's Sexual Advances; and Showtime's Common Ground and The Devil's Arithmetic, for which she received a Daytime Emmy Award in the category of Outstanding Directing in a Children's Special. She also has directed many hours of episodic television drama including numerous episodes of NYPD Blue, ER, Heroes, Law and Order: SVU, Private Practice, Grey's Anatomy, Judging Amy and A Gifted Man, among others.

Sarahbeth Grossman received her B.A. in theater arts from the UCLA College of Fine Arts. (The theater arts program was eventually folded into what is now the UCLA School of Theater, Film and Television.) In addition to producing the 2015 Tony Award Best Musical nominee An American in Paris, her other Broadway producing credits include Holland Taylor's one-woman show Ann; and Stick Fly. Off-Broadway, Grossman produced the acclaimed comedy The Irish Curse. She also served as executive producer on the New York premiere of Ten Chimneys and the 60th anniversary revival of A Tree Grows in Brooklyn.  In July 2013, Grossman co-produced the acclaimed, sold-out run of Bend in the Road, the musical based on L.M. Montgomery's classic book Anne of Green Gables, at the New York Musical Theatre Festival.