The Library of Congress Releases its 2014 National Film Registry List

The Chicano feature 'Please, Don't Bury Me Alive!' is one of two films with UCLA ties 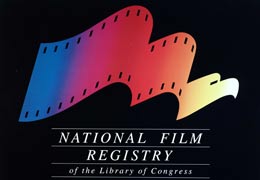 In 1989, Efraín Gutiérrez was missing.

There wasn’t any foul play involved; by all accounts it just appeared that the Chicano filmmaker of the 1976 film Please, Don’t Bury Me Alive!, which last week was added to the National Film Registry along with 24 other films, had removed himself from the filmmaking scene. But no one knew where he was. Chon Noriega, for one, needed to find him. The UCLA Cinema and Media Studies professor and director of the UCLA Chicano Research Center first learned about Gutiérrez and his film while he was researching Chicano filmmakers.

“Before I had a chance to see Please, Don’t Bury Me Alive! (which was written by Sabino Garza and tells the story of a young Chicano in San Antonio, Texas during the Vietnam era), I knew it was important because it was considered the first feature made by a Chicano director,” Noriega says. “It was also significant because Gutiérrez played numerous roles — director, producer, actor and distributor — and because the film was made completely outside Hollywood, in terms of style, financing and production-distribution.”

The film was shot in San Antonio over a four-year period on a shoestring budget of $60,000, grossed more than $300,000 in its first four months, and outperformed the Academy Award-winning All the President’s Men, in some markets where it was released.

Six years after first learning about Gutiérrez, and after repeat visits to San Antonio’s CineFestival, the oldest Latino film festival in the country, in search of the filmmaker, Noriega received a phone call from Gutiérrez, who had left filmmaking behind to become a union representative for teachers. The timing was serendipitous: Gutiérrez had just recovered a 16mm print of Please, Don’t Bury Me Alive!, which, much like its filmmaker, had gone missing after its release.

“It had been packed inside a garbage can and stored in a relative’s garage,” Noriega says. “Oddly enough, it was in good condition!”

After Noriega saw the film, which is in English and Spanish with subtitles, he realized it was also noteworthy in the way that it incorporated Chicano forms of theater and music that were prevalent at the time, using “long observational, almost documentary-like passages to situate the film in a cultural and political context,” making it a film worth studying and preserving. Noriega was instrumental in having the film deposited in the UCLA Film & Television Archive, and in 2004, the Archive premiered the restored film at its Festival of Preservation.

Noriega says that Gutiérrez’s legacy is that his films provided a precedent in terms of producing and distributing feature films within the framework of the Chicano Movement, rather than either Hollywood or the Mexican film industry.

After his experience in searching for Gutiérrez and his film, and in collaboration with the UCLA Chicano Research Center and the UCLA Film & Television Archive, Noriega subsequently created the Chicano Cinema Recovery Project to recuperate other independent films.

The idea of creating the Chicano Cinema Recovery Project “had been percolating” for a while, Noriega says, because he had been coming across “amazing” works by Chicano and Chicana filmmakers that weren’t readily available, but after encountering Gutiérrez and Please, Don’t Bury Me Alive!, “it all came together,” he says, and decided the moment had come to secure funds and get the project up and running. The two other features Gutiérrez created, Chicano Love is Forever (1977) and Run, Tecato, Run (1979), have also been restored. Along with other films salvaged through the Chicano Cinema Recovery Project, all three titles are available on DVD through the Project’s website.

Please, Don’t Bury Me Alive! isn’t the only National Film Registry title this year with ties to UCLA and the School of Theater, Film and Television. Also included on the list is the 1965 student documentary short film Felicia, about life in Watts before the Los Angeles riots, which was created by alumni Trevor Greenwood (B.A. ’62) and Alan Gorg (M.F.A. ’70).

The National Film Registry, which currently spans the years 1913-2004 and includes 650 titles, recognizes the “cultural, historic or aesthetic significance” of each chosen film and ensures that they will be preserved for all time.