Twelve UCLA TFT faculty and alums are in the mix 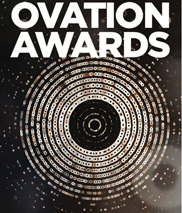 The Department of Theater at the UCLA School of Theater, Film and Television was well represented when the 2014 LA Stage Alliance Ovation Awards nominations were announced on Mon., Sept. 22. Three faculty members, one of whom is also a UCLA TFT alumnus, and nine other alumni were recognized for their contributions to regional theater in the Greater Los Angeles area during the 2013-14 theater season.

UCLA TFT Visiting Associate Professor BRIAN KITE (B.A., ’91, M.F.A. ’04), who is also the producing artistic director of the La Mirada Theatre for the Performing Arts, was nominated as best director of a musical for the company’s production of Les Miserables. His nomination was one of 17 that La Mirada received as a whole.

Visiting Assistant Professor JESSICA KUBZANSKY was nominated as best director of a play for her direction of Everything You Touch at The Theater @ Boston Court in Pasadena, one of 19 nominations that the theater group received.

SHEILA CALLAGHAN (M.F.A., Theater, ’97)
Playwriting for an original play — Everything You Touch

JESSICA KUBZANSKY
Director of a play — Everything You Touch

UPDATE: Kelly Todd won an Ovation Award for her choreography of Lysistrata Jones at the Chance Theater in Anaheim Hills.