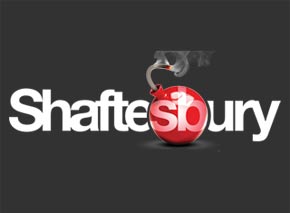 In early July it was announced that the UCLA School of Theater, Film and Television’s prestigious Producers Program would be the recipient of a multi-year gift from the award-winning Shaftesbury, a producer and distributor of original content based in Toronto and Los Angeles. The gift was made possible by the efforts of Shaftesbury’s U.S. head, Maggie Murphy.

Shaftesbury production executives will offer guidance and assist students in creating television and digital projects, working with them from concept to completion. The gift will supply UCLA TFT students with the materials needed to develop these projects. As part of Shaftesbury’s support, UCLA TFT will also have access to the company’s extensive list of global content industry experts to mentor the graduate producing students.

In addition to the multi-year gift, Shaftesbury U.S. has awarded grants to the four student semi-finalists of the Producers Marketplace from this year’s UCLA School of Theater, Film and Television’s 23rd Annual Film Festival. The marketplace is an annual year-end gala hosted by the Producers Program and marks the culmination of the academic year. Four graduating students were selected to pitch their feature film and television projects to top-tier industry judges in front of a live audience. This year’s judges included Nancy Utley, president of Fox Searchlight, literary agent Rich Green and film/television producer Scott Aversano. This year’s winner was Caddy Pantida Vanasirikul (MFA, ’14), who pitched her television project “Ladyboy,” about a transgender girl who moves to New York City to build an authentic life as a real woman with the help of her eccentric friends.

“UCLA TFT’s Producers Program is unparalleled in its scope and influence in the global entertainment industry,” said Murphy, who is also a visiting assistant professor at UCLA TFT. “The few that are chosen to participate, receive the personal attention and mentorship essential to succeed in this highly competitive industry. On behalf of everyone at Shaftesbury, we are pleased to sponsor this incredible program and extend more opportunities to talented, emerging storytellers.”

Added Denise Mann, head of the UCLA TFT Producers Program: “We are thrilled to be the recipient of this generous donation by Maggie Murphy and Shaftesbury. With the help of Ms. Murphy and our other key television creators, executives, producers and cutting-edge media scholars teaching in the UCLA TFT Producers Program, the department has been able to be responsive to the renaissance taking place in the television industry.”