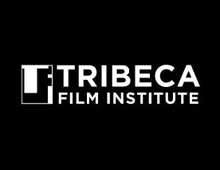 Alsum will receive a $30,000 cash prize. The award includes an additional $20,000 administered by TFI towards year-round support, including mentorship and guidance from scientific and film industry professionals, networking opportunities and industry exposure over the course of the year. Alsum will also attend this year’s Tribeca Film Festival (April 16-27), and participate in the TFI Filmmaker Industry Meeting, which provide filmmakers the opportunity to network with industry leaders to help advance their projects toward completion.

The grant was created in 2011 by the Sloan Foundation to spotlight the best screenplay from six film school partners — AFI, Carnegie-Mellon, Columbia, NYU, UCLA and USC — who give annual awards in screenwriting and film production for original work that dramatizes science and technology themes or characters to tell an engaging story. The award, selected by a distinguished jury of filmmakers and scientists, fast-tracks the best script of the year for development, providing a major career opportunity for the student filmmaker.

In “Survival of the Fittest,” 12-year-old Charlie just wants to play baseball and be a star athlete, but when he is sidelined due to his progressive neuromuscular disease, he must prove to his school that he still belongs by winning the last competition of the year — the science fair.

Last year’s prize went to UCLA’s Barnett Brettler for his script “Walking Hours,” which is set in a dystopian world where people are losing the ability to sleep. The story follows a British border agent as he leaves the safety of his country to search for the woman that he loves.

Since 1997, the Alfred P. Sloan Foundation has given more than $3.8 million in direct grants to film students throughout the country. Alsum’s award will be presented at an evening reception in New York City on Thurs., April 27.