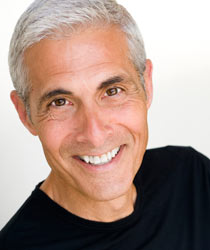 Prior to joining the UCLA TFT faculty, Joe Olivieri was head of the M.F.A. and B.F.A. Acting programs at West Virginia University for nine years. He is a member of SAG-AFTRA and Actors Equity Association and has acted in television and on stage. His regional theater credits include Denver Center Theater, PCPA Theaterfest, San Jose Repertory Company, Pittsburgh's City Theater, Carnegie Mellon Showcase of New Plays and the American Conservatory Theater, where he received an M.F.A. in Acting. He is a founding member of Pacific Resident Theater in Venice, Calif., where he directed several award-winning productions. Olivieri is the author of Shakespeare without Fear: A User-Friendly Guide to Acting Shakespeare as well as the soon-to-be-released Stanislavski at the Movies: Exploring the Craft of Acting through Film, an interactive enhanced e-textbook, co-authored with his wife, actress/educator Catherine Telford.